Title of the talk:
​Multitask Regression and Flood Forecasting

Short Bio: In this talk, we will discuss recent advances in multitask regression and their application to flood forecasting. We will begin with a brief overview of Google’s flood forecasting initiative in India. The project involves time series prediction in different geographical locations based on a limited number of heavy tailed samples. To address these challenges, we will consider non-convex robust multitask models based on elliptical distributions. Next, we will present a spectral algorithm for learning shared features for multiple related tasks. Both works are accompanied by theoretical analysis and experiments with real world data. Abstract: One of the compelling parts of the Artificial intelligence (AI) race is to advance from single autonomous intelligent systems to networks of agents gathering data and self-organizing as a form of distributed intelligence.
This talk will provide an overview of the significant progress made over more than a decade on peer to peer algorithms for distributed computation and inference.
Starting from the description of decomposable problems that are amenable to a Master-Slave implementation, the talk will move on to self-organizing multi-agent architectures, focusing on the variety of techniques such as the Average Consensus (AC) primitive, its convergence properties over deterministic and random networks and the Distributed Sub-Gradient (DSG) method and proximal methods, such as the celebrated Alternating Direction Method of Multipliers (ADMM) method. The applications of these algorithms to distributed computation will be highlighted along the discussion, as well as the future research opportunities and challenges that are associated with these techniques.

Short Bio: Anna Scaglione (M.Sc.'95, Ph.D. '99) is currently a professor in electrical and computer engineering at Arizona State University. She was Professor of Electrical Engineering previously at the at UC Davis (2010-2014), Associate Professor at UCD 2008-2010 and at Cornell (2006-2008), and Assistant Professor at Cornell (2001-2006) and at the University of New Mexico (2000-2001). Her expertise is in the broad area of statistical signal processing for information networks and intelligent cyber-physical infrastructures. Her current research focuses on studying and enabling decentralized learning and signal processing for bid data and complex systems.
Dr. Scaglione was elected an IEEE fellow in 2011. She served IEEE in many capacities: she was Associate Editor for the IEEE Transactions on Wireless Communications and on Signal Processing, EiC of the IEEE Signal Processing letters and is currently Senior Editor of the Transactions on Control over Networked Systems. She was member of the Signal Processing Society Board of Governors from 2011 to 2014. She received the 2000 IEEE Signal Processing Transactions Best Paper Award and more recently was honored for the 2013, IEEE Donald G. Fink Prize Paper Award for the best review paper in that year in the IEEE publications, her work with her student earned 2013 IEEE Signal Processing Society Young Author Best Paper Award (Lin Li). 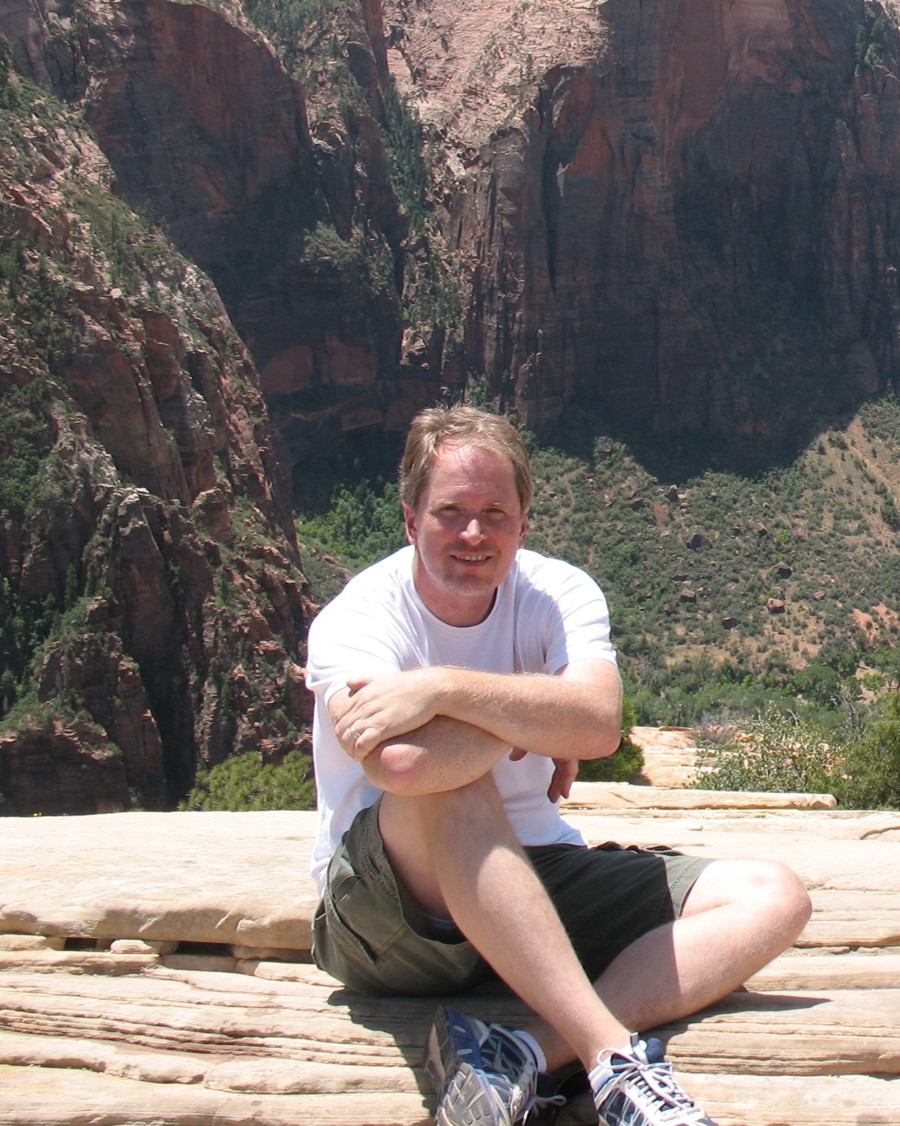 Title of the talk:
Symbol Level Precoding, or How I Learned to Stop Worrying and Love Interference

Short Bio: A. LEE SWINDLEHURST received the B.S. and M.S. degrees in Electrical Engineering from Brigham Young University, Provo, Utah, in 1985 and 1986, respectively, and the PhD degree in Electrical Engineering from Stanford University in 1991. From 1986-1990, he was employed at ESL, Inc., of Sunnyvale, CA, where he was involved in the design of algorithms and architectures for several radar and sonar signal processing systems. He was on the faculty of the Department of Electrical and Computer Engineering at Brigham Young University from 1990-2007, where he was a Full Professor and served as Department Chair from 2003-2006. During 1996-1997, he held a joint appointment as a visiting scholar at both Uppsala University, Uppsala, Sweden, and at the Royal Institute of Technology, Stockholm, Sweden. From 2006-07, he was on leave working as Vice President of Research for ArrayComm LLC in San Jose, California. He is currently a Professor in the Electrical Engineering and Computer Science Department at the University of California Irvine (UCI), a former Associate Dean for Research and Graduate Studies in the Henry Samueli School of Engineering at UCI, and a former Hans Fischer Senior Fellow in the Institute for Advanced Studies at the Technical University of Munich.

Title of the talk:
Online Learning and Management for Edge Computing in IoT

Abstract: Internet-of-Things (IoT) envisions an intelligent infrastructure of networked smart devices offering task-specific monitoring and control services. The unique features of IoT include extreme heterogeneity, ubiquitous low-power devices, and unpredictable dynamics also due to human participation. The need naturally arises for foundational innovations in network design and management to allow efficient adaptation to changing environments, and low-cost service provisioning, subject to stringent latency constraints. To this end, the overarching theme of this talk is a unifying framework for online learning and management policies in IoT through contemporary communication, networking, learning, and optimization advances. From the network architecture vantage point, the unified framework leverages a promising architecture termed fog that enables smart devices to have proximity access to cloud functionalities at the network edge, along the cloud-to-things continuum. From the algorithmic perspective, key innovations include online approaches adaptive to different degree of nonstationary in IoT dynamics, and their scalable implementation under limited feedback that motivates bandit approaches, along with local information exchanges that enable distributed approaches. The outlined framework can serve as a stepping stone that leads to systematic designs and rigorous analysis of task-specific learning and management schemes for IoT.

Short Bio: Georgios B. Giannakis (Fellow’97) received his Diploma in Electrical Engr. from the Ntl. Tech. Univ. of Athens, Greece, 1981. From 1982 to 1986 he was with the Univ. of Southern California (USC), where he received his MSc. in Electrical Engineering, 1983, MSc. in Mathematics, 1986, and Ph.D. in Electrical Engr., 1986. He was with the U. of Virginia from 1987 to 1998, and since 1999 he has been a professor with the U. of Minnesota, where he holds a Chair in Wireless Communications, a University of Minnesota McKnight Presidential Chair in ECE, and serves as director of the Digital Technology Center. His general interests span the areas of communications, networking and statistical signal processing – subjects on which he has published more than 450 journal papers, 750 conference papers, 25 book chapters, two edited books and two research monographs (h-index 142). Current research focuses on data science and network science with applications to social, brain, and power networks with renewables. He is the (co-) inventor of 32 patents issued, and the (co-) recipient of 9 best journal paper awards from the IEEE Signal Processing (SP) and Communications Societies. He also received Technical Achievement Awards from the SP Society (2000), from EURASIP (2005), and the inaugural IEEE Fourier Tech. Field Award (2015). He is a Fellow of EURASIP, and has served the IEEE in various posts including that of a Distinguished Lecturer. 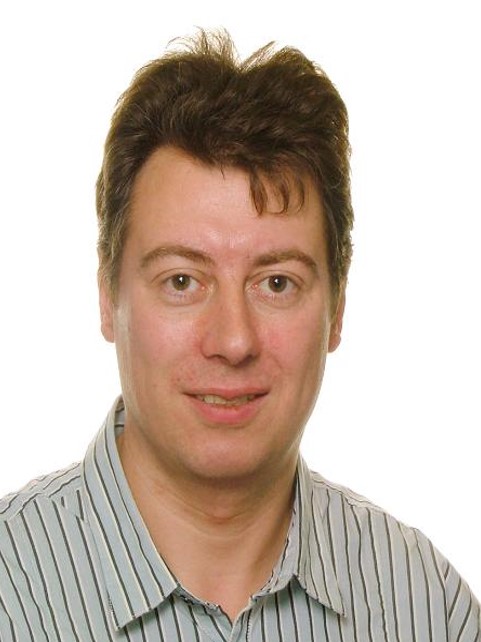 Short Bio: Lieven De Lathauwer received the Ph.D. degree in engineering from KU Leuven, Belgium, in 1997. From 2000 to 2007 Lieven De Lathauwer was Research Associate of the French Centre National de la Recherche Scientifique, research group CNRS-ETIS. He is currently Professor with KU Leuven. He is affiliated with both the Group Science, Engineering and Technology of Kulak and with the group STADIUS of the Electrical Engineering Department (ESAT). He is Associate Editor of the SIAM Journal on Matrix Analysis and Applications and have served as Associate Editor for the IEEE Transactions on Signal Processing. He is Fellow of the IEEE.

Title of the talk:
Huawei's Vision on 6G

Short Bio: Dr. Wen Tong is the Huawei Fellow, CTO, Huawei Wireless.
Dr. Tong is the head of Huawei wireless research. In 2011, He was appointed the Head of Communications Technologies Labs of Huawei, currently, he spearhead to lead Huawei’s 5G wireless technologies research and development.
Prior to joining Huawei in 2009, Dr. Tong was the Nortel Fellow and head of the Network Technology Labs at Nortel. He joined the Wireless Technology Labs at Bell Northern Research in 1995 in Canada. Dr. Tong was elected as a Huawei Fellow and an IEEE Fellow. He was the recipient of IEEE Communications Society Industry Innovation Award for “the leadership and contributions in development of 3G and 4G wireless systems” in 2014 and IEEE Communications Society Distingushed Industry Leader Award for “pioneering technical contributions and leadership in the mobile communications industry and innovation in 5G mobile communications technology” in 2018.
He had pioneered fundamental technologies from 1G to 5G wireless with more than 420 granted US patents. Dr. Tong is a Fellow of Canadian Academy of Engineering, and he also serves as Board of Director of WiFi Alliance. He is based in Ottawa Canada.