Abstract: In this tutorial, we will review some useful optimization techniques for beamforming applications, including decomposition of a large array for efficient beamforming, solution robustness to DoA estimation errors (especially when the degree of freedom is limited), joint attention decoding and microphone array beamforming.

His general research interests include the theory, design and analysis of efficient optimization algorithms with application to data communication, wireless and optical networks and systems, and signal processing.

He is especially interested in computation/communication complexity issues arising from these problem areas. This includes both providing theoretical lower bounds on the complexity and designing efficient methods whose complexity closely match the lower bounds. His current research interest lies in the theory of multi-user communications and the application of optimization techniques to the design of multi-antenna communication systems. 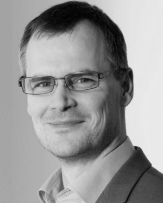 Marius Pesavento received the Dipl.-Ing. degree in 1999 and the Dr.-Ing. degree in electrical engineering in 2005, both from Ruhr-University Bochum, Bochum, Germany, and the M.Eng. degree from McMaster University, Hamilton, ON, Canada, in 2000. Between 2005 and 2009, he held research positions in two start-up companies. In 2010, he became an Assistant Professor for robust signal processing and a Full Professor for communication systems in 2013 with the Department of Electrical Engineering and Information Technology, Technical University Darmstadt, Darmstadt, Germany. 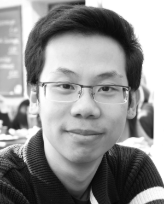 Minh Trinh-Hoang received the M.Sc. degree in electrical engineering in 2017 from Technical University Darmstadt, Darmstadt, Germany, where he is currently working toward the Ph.D degree. His research interests include statistical signal processing, array processing, and numerical computation. 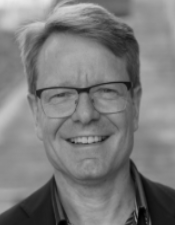 Mats Viberg received the M.Sc. degree in applied mathematics in 1985 and the Ph.D. degree in automatic control from Linköping University, Linköping, Sweden, in 1989.
Dr. Viberg has served in various capacities in the IEEE Signal Processing Society, including the Chair with the Technical Committees on Signal Processing Theory and Methods and Sensor Array and Multichannel Signal Processing as well as member at large with the Board of Governors. He has also served in various capacities with the Swedish Research Council (VR). He was the recipient of the two paper awards from the IEEE Signal Processing Society, the Excellent Research Award from the VR, and the EURASIP European Group Technical Achievement Award. He is a member of the Royal Swedish Academy of Sciences and the Royal Society of Arts and Sciences in Gothenburg, Sweden.